The use of LEDs has been increasing with evolving and advancing technologies. Similarly, according to the needs of today, the LED’s need to be properly tested through standardized and uniform LED testing techniques is prevalent. The Illuminating Engineering Society of North America, often known as IESNA, established the LM-79 testing standard to ensure more reliable findings when evaluating such technology. It is to be noted that the LM-79 standard only covers entire LED bulbs or LED luminaires. This article will look into how exactly an integrating sphere works. In addition to that, we will also look into the functioning of integrating sphere photometers.

Where can the Integrating Spheres be used? 3 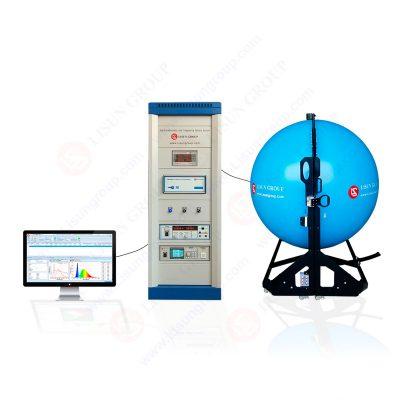 The integrating sphere, also known as a lumen sphere, is a hollow sphere with a high reflectivity surface used to test lumen, dominant wavelength, chromaticity coordinates, and peak wavelength for light sources and luminaries.

The integrating sphere is used in conjunction with a spectroradiometer to measure the light from single LEDs as well as LED lighting devices. The photometric, colorimetric, and electrical properties of LEDs need to be checked to ensure their efficiency and effectiveness. This can be done properly with the aid of an integrating sphere.

To take an irradiance measurement, a light source is placed in front of the opening of the sphere, or within the integrating sphere to catch the entire radiant flux to take a measurement. In each of these measurement configurations, light beams will bounce numerous times on the reflecting coating, resulting in a homogeneous light distribution throughout the integrating sphere. A baffle reflects a small fraction of the light, which is collected by the detector.

Calibration of integrating sphere photometers, especially ones supplied by LISUN, is very easy. Firstly, installation of the standard lamp in the integrated sphere’s center takes place. Then, using the calibrating current, the standard lamp is turned on. Afterward, the integrated sphere is closed and the calibration procedure begins in accordance with the LISUN LMS-9000 Software.

The integrating sphere system is perfect for determining the overall luminous flux and color of integrated LED lights as well as small LED luminaires. This approach has the benefit of being able to make quick estimates and not requiring a dull environment. Because air development is limited, the temperature inside the circle is unaffected by changes that may exist in a temperature-controlled room.

Where can the Integrating Spheres be used?

Integrating Spheres are commonly used to measure the light output of LEDs and to calibrate light output measurements. This can be seen in cameras where the integrating sphere serves as a uniform light source. It can measure the total geometric reflux emerging from a light source as well as the flux density of lighted areas when used in conjunction with a photodetector. The spectral features of the light source aid in the selection of a suitable photodetection system.It is also used to measure high power laser sources since the proportion of flux received by a photo-detector installed on the sphere surface is almost equal to the product of fractional surface area consumed by its active area. It can also be used to determine the power output of industrial CO2 lasers. It can measure the transmission and reflection properties of things as well. The transmitted light bounces off the reflecting covering and is captured by the detector when an object is positioned at the integrating sphere’s entrance port with a light source behind it. The same measurement can be accomplished by removing the item and directly measuring the output flux of the light source, then determining the transmittance. Alternatively, the object’s reflectance can be determined by placing it diagonally across from the entrance port.

Previous Post: « 4 Reasons Why You Must Consider Metal Wall Signs for Your Residential and Corporate Space
Next Post: Can Singapore Players Sign up with Offshore Casinos? »