Here is a detailed review of all 8 Wow Kul Tiran human druid forms. These include bear, cat, travel, flight, aqua, moonkin, and tree forms in 4 different colors. Now, we’ll discuss each form and its characteristics in detail.

After unlocking Kul Tiran, you get option to use the following Druid forms.

You have 4 different Kul Tiran druid colors options for bears. We have seen these forms before in the woodwork beta and alpha phases. This form takes its inspiration from drust and the drust magic. It is a shared model with the regular druid bears.

The world of warcraft Kul Tiran human druid bear form has green glowing eyes with little greenish illumination in the mouth. The head has a bond sandy look more like just a skull with no skin on it. The horns are strapped giving it a rugged classy look. You can see the druid markings on the legs.

Kul Tiran druid cat form also has 4 different color options with similar greenish glowing eyes. It has more solid green fumes in the mouth as compared to the bear. The Head is more of a skull with two projected horns having straps around it.

Also Read: How to Unlock Dark Iron Dwarves in 2 Steps

The feet are similar to extended branches and have holes in them. If you want your cat to dance, it can do pretty cool dance but that’s similar to already available dances.

It also has 4 different color options. You would prefer darker colors on this druid. It has large extending horns with a number of branches. The straps wrap around the horns. Two spikes from the horns are projecting forward which gives it a furious look.

As the name suggests you can take players on its back. It’s nose and eyes glow with a green light. Kul Tiran human druid travel form has the same intensity of greenish fumes in the mouth. You can see that it is taller than cat or bear form but it is kind of skinny.

The next Kul Tiran druid form that we are going to look at is the flight from. It’s more of a wicked crow. It could be better if the size was a bit large. It has two branches like wings and small leaf-like feathers. The eyes have reduced glow as compared to other Kul Tiran druid forms.

Also Read: How to Unlock Zandalari Trolls in 3 Steps

It is more of a new kind of concept in the world of warcraft. You have the same 4 color options available for this form. I’m wondering if it could be better if we had an option to increase its size. It would look insane big flying creature. But that’s fine.

Now comes the aqua form which gives the ability to swim underwater. It has 4 appearance options. This form is quite bulky and has large bent white tusks on the front. It has two horn branches with leather wrapping around. Hands are converted into fins.

Also Read: How to Get to Hinterlands and Horde Flight Path

You get sea lion vibes from this. It also has the same glowing green eyes but the glow in the mouth is not visible much. I don’t think people will be using this form much as it is meant only for water. It’s very similar to the night elf druid and the other druids.

Kul Tiran Moonkin druid form is somewhat similar in size to the regular Kul Tiran human version. It has two pairs of horns; one at the head and the other at the back. You can see that hands seem like there are gloves with thick hair. It also has handing small tusks that have physics attached to them. You can see the video below to know more about this feature.

It also has 4 different color options. You can see that it has a necklace containing a couple of nose with extended beaks which gives it a classy wicked look.

This Moonkin Incarnation form of Kul Tiran human druid is similar to the regular Moonkin form. It has a back hair tail coming out in the center and has a greenish glowing touch to hand, feet and tusks.

Kul Tiran human druid tree form is similar to other tree forms. It has a beard made of leaves and feet are like stems. The hair resembles trees containing dense spines and leaves. It also has glowing green eyes and mouth. Yeah, that’s all about this form. 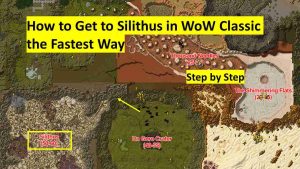 How to get to Silithus in WoW Classic 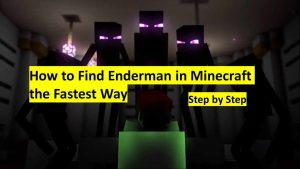 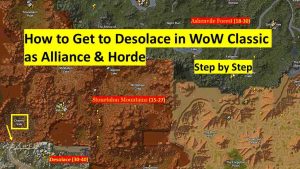